The Safety Myth of Vaping & E-Cigarettes

When electronic cigarettes first emerged, they were envisioned as a less harmful alternative to smoking and a tool to help smokers quit. Neither of these intentions were fully realized; health concerns emerged, and doctors are not convinced in its ability to support quitting. More troubling, e-cigarettes have been embraced by a new generation of middle and high school students. Now, more commonly known as vaping, it has raised serious new concerns around nicotine addiction and harmful effects in teens. It has likely caused far more harm and nicotine addiction than it prevented in adult smokers.

How Does Vaping Work?

Vaping is very similar to smoking in that it delivers nicotine to the brain via the lungs. Instead of burning tobacco leaves, a battery powered device heats a liquid containing nicotine, flavorings and other substances. This creates an aerosol that is inhaled to deliver the nicotine.

The devices come in a variety of shapes, and until 2020, the liquid came in a sprawling variety of fruit and candy flavors. In January 2020, the FDA banned all flavors other than tobacco and menthol to reduce vaping’s appeal to minors.

Public health officials have questioned the safety of these liquids themselves and the toxins produced once they are heated and inhaled.

According to the CDC, the inhaled aerosol can contain:

Aside from this, they still deliver highly addictive nicotine that can harm the parts of the adolescent brain that control attention, learning, mood, and impulse control. Nicotine is also associated with mental health harm.2

Combustible cigarettes are well-studied, and their harm is well-documented. The medical community simply doesn’t have that level of information on e-cigarettes, including potential long-term impacts. And now, vaping threatens to introduce a new generation to nicotine products.

Teens aren’t using e-cigarettes as an exclusive alternative to burned cigarettes. In fact, multiple studies suggest that vaping makes it more likely adolescents will take up smoking. One study showed that “high school students who used e-cigarettes in the last month were about 7 times more likely to report that they smoked cigarettes when asked approximately 6 months later, as compared to students who said they didn’t use e-cigarettes.”3

The unexpected health risks were gravely illustrated by the outbreak of lung injuries associated with vaping in 2019. Termed “e-cigarette, or vaping, product use-associated lung injury” (EVALI), it was eventually believed to be caused by vitamin e acetate, an additive in THC-containing vaping liquids. As of February 2020, a total of 2,807 cases had been reported with 68 confirmed deaths. It highlights the risk of inhaling unknown substances.4

But Isn’t Vaping Safer Than Cigarettes?

It’s complicated. The perception of e-cigarette safety mainly comes from its comparison to the well-documented harm of regular, tobacco-burning cigarettes. The CDC does consider e-cigarettes less harmful than cigarettes; however, that determination comes with a whole pack of buts. Vaped aerosol is not harmless and contains its own mix of harmful and cancer-causing substances.

While generally regarded as a safer alternative to smoking for adult smokers, its success as a smoking cessation tool has been inconclusive when studied. According to the FDA, “To date, no e-cigarette has been approved as a cessation device … more research is needed to understand the potential risks and benefits these products may offer adults who use tobacco products.”5

However, this myth of safety is still common among teens and young adults. A 2019 survey found that more than 20% of young adults consider e-cigarettes to be both harmless and nonaddictive.6

How Can I Protect Teens?

Many are asking the same question. As a relatively new product, the FDA was slow to regulate it and e-cigarette companies have continued to fight it. Minors are no longer allowed to purchase e-cigarettes and vaping supplies, officially at least. The damage may already be done, and enforcing the ban is likely to be difficult.

Have that awkward conversation. Educate yourself on the look of e-cigarettes and signs of their use. As indicated by many surveys, young people may not fully realize the dangers of vaping from these sleek devices.

One of the best things you can do is to simply be a good example yourself. Keep your home tobacco and nicotine free. If you do smoke, make a plan to quit and involve your teens. Enlist their support, explain why you’re committing to that change and be open about the difficulties of nicotine addiction. If anything can counter the glamor and appeal of vaping, it’s demonstrating the real-life consequences. You’d Better Get Physical, or Else

Why We Shouldn’t Generalize Generational Differences INFOGRAPHIC: Do You Know Your Diabetes Risk? QUIZ: Parents, Are Your Kids Vaping? 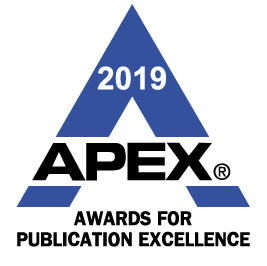